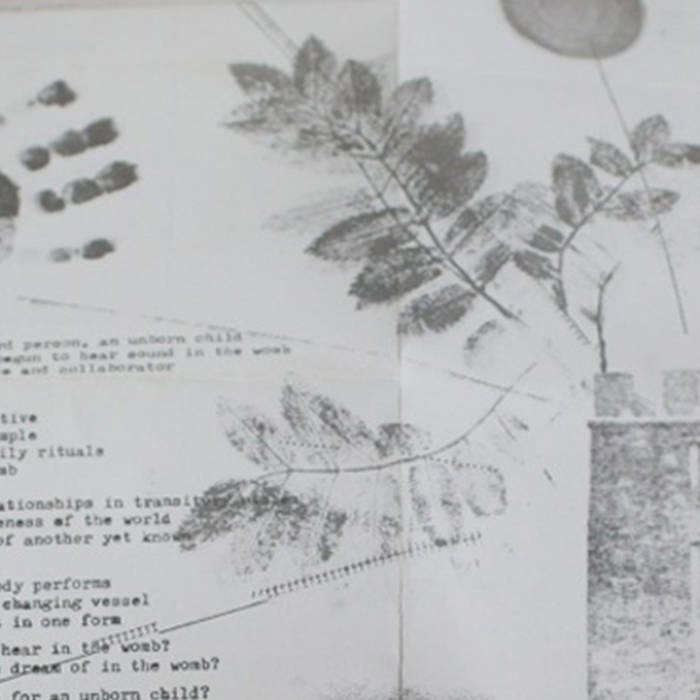 The Quickening is a project devised by Mary & David for an artist residency at the Curfew Tower in Cushendall, Northern Ireland in February 2017. The Quickening is a collaborative record of hope for future generations, as well as documenting Mary & David’s deepening relationship with their soon to be born child. Quickening is a primal physical moment when the mother feels the baby move. At this stage of pregnancy, the fetus also begins to hear the outside world. With this in mind, the primary means of creating sound recordings for the project was through a voicemail only phone line. Over six days people were invited to call the phone line and leave responses to daily instructional voicemail messages. This invitation was given to the villagers of Cushendall, as well as being sent out daily by email and through social media. All voicemail messages were left anonymously.

This limited edition tape release brings together these voicemail and email messages, as well as field recordings made on dictaphone cassette tape, including: a pilgrimage to a distinctive hill where an ancient haw tree stands for the faeries to meet by; an intimate fireside performance in the tower to a gathering of town’s folk; an impromptu performance from the roof of the tower of voicemail messages sounded out through a battered old amp, Irish whistle, chimes and a guitar made from an Irish hurling stick. Along with this material several songs are interspersed from a 1962 Folkways record compiled by Lilian Mendelssohn entitled Lullabies of the World. Within the broadcast there is a track by Mary & David called ‘Rowan’, recently released as past of the compilation The Folklore of Plants Volume One by Folklore Tapes. The Quickening was broadcast as a two hour Harmonic Convergence radio show on Camp Radio in October 2017.

This project was created through an artist residency at the Curfew Tower, which is in the centre of the village of Cushendall. It was built by then landlord of the town, Francis Turnley, in 1817, to confine riotous prisoners. The Curfew Tower was bought by Bill Drummond in 1994 and has been run as place for artist residencies since 1999. The residency was organised through Debbie Sharpe and Rosanne Robertson of the Penthouse NQ in Manchester, who curated resident artists at the Curfew Tower in 2017 as part of a project titled IMPOSE | LIFT funded by the UK Arts Council.

Recorded and Produced by Mary Stark and David Chatton Barker

Site specific listening based in Lancashire

Bandcamp Daily  your guide to the world of Bandcamp

Featured sounds by K.Spark and WIZDUMB, plus Basi joins the show to discuss his latest release.